Trending
You are at:Home»PEOPLE»SLOVAK PEOPLE
By admin on June 12, 2012 PEOPLE

Most Slovaks today live within the borders of the independent Slovakia (circa 5,050,000). There are Slovak minorities in the Czech Republic, Hungary, Serbia and sizeable populations of immigrants and their descendants in the U.S. and in Canada.

Slavs of the Pannonian Basin

The first known Slavic states on the territory of present-day Slovakia were the Empire of Samo and the Principality of Nitra, founded sometime in the 8th century. 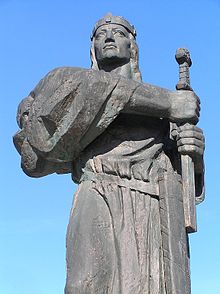 Pribina, ruler of Principality of Nitra and established and ruled the Balaton Principality from 839/840 to 861.

Great Moravia (833 – ?907) was a Slavic state in the 9th and early 10th centuries, whose creators were the ancestors of the Czech and Slovak people. Its formation and rich cultural heritage have attracted somewhat more interest since 19th century. Important developments took place at this time, including the mission of Greek monks Cyril and Methodius, the development of the Glagolitic alphabet (an early form of the Cyrillic script), and the use of Old Church Slavonic as the official and literary language.

The original territory inhabited by the Slavic tribes included not only present-day Slovakia, but also parts of present-day Poland, southeastern Moravia and approximately the entire northern half of present-day Hungary.